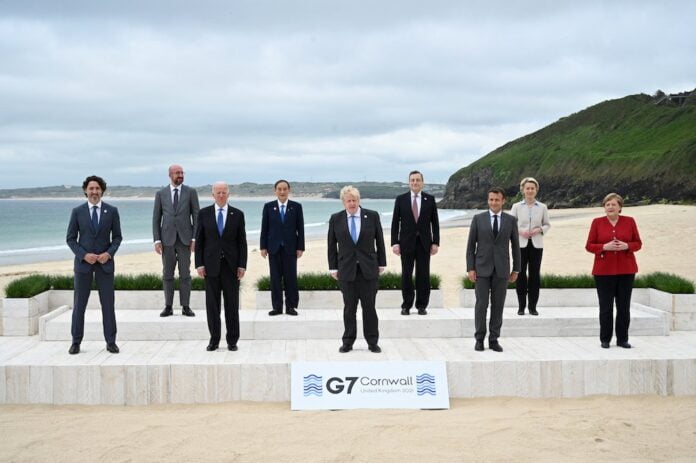 The leaders of the world’s richest industrialized nations are holding their first face-to-face G7 summit in well over a year. The enthusiasm is great as multilateralism seems to be back on the agenda.

Heads of government are eager to explore how to rebuild the global economy in a world ravaged by the COVID-19 pandemic. Boris Johnson, the UK prime minister, spoke in his opening statement of “building back better, building back greener, building back fairer.”

G7 finance ministers sang from the same hymn sheet when they met last weekend. What could be a bigger testament to multilateralism and fairness than a global agreement on corporate taxation, which becomes doubly important as governments have to pay back trillions of dollars of debt amassed during the pandemic? 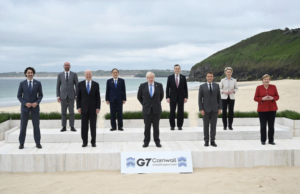 The finance ministers’ proposal envisages a global minimum tax rate of at least 15 percent on large international corporations. Countries would be allowed to levy a tax of at least 20 percent on corporate revenues exceeding a 10 percent margin obtained in their jurisdictions.

This puts an end to a transatlantic spat over taxing tech giants where they earn their money, rather than allowing them to pay minimal taxes in “friendly places” where they are headquartered and which provide them with lucrative tax rates and other incentives.

The agreement is a reaction to what US Secretary of the Treasury Janet Yellen and several of her European peers have called a race to the bottom in corporate tax rates.  The average corporate tax rate was 40 percent in 1980 on a global basis. Since then, it has steadily decreased to around 20 percent. 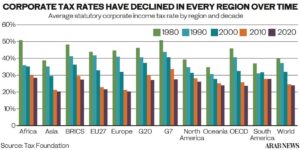 The Biden administration takes a very different line from the previous one, something that will be put into sharp focus and may be an obstacle when the proposal needs to pass a deeply divided Congress to be enacted into law.

The G20 is another hurdle for the proposed scheme, which will be discussed in Venice when G20 finance ministers meet in July.

Both politicians and experts have criticized the tax proposal for not being bold enough. French Finance Minister Bruno Le Maire said that he believed the proposal was the starting point, not the endpoint — a statement that will do little to endear him to those who find the proposal too far-reaching.

Another criticism levelled is that the proposal addresses only about 100 of the world’s largest companies. The 10 percent margin requirement snags most of the big tech champions and other multinationals. 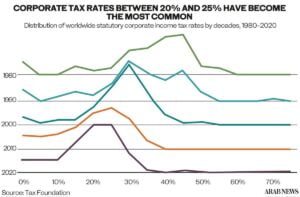 However, large parts of the businesses of Facebook and Amazon have both an operating and a net income margin well below 10 percent. Amazon’s web services have a 30 percent margin, while the international e-commerce margin stands at 0.7 percent.

Whenever there are new laws, there will be winners and losers. The likes of Bern and Dublin stand to lose most because their corporate tax rates are below 15 percent, and their “business model” is built on offering both tax and other incentives to international corporations when they choose to locate their regional headquarters in Switzerland or Ireland.

If the G7 is serious about rebuilding the global economy more equitably, then their finance ministers’ proposal is a step in the right direction since it demonstrates a willingness among the world’s richest nations to cooperate and walk the talk.

Is the proposal perfect? Far from it, but we must not let the perfect become the enemy of the good. (Courtesy Arab News)