The geopolitical impact of US’ new pivot to Asia 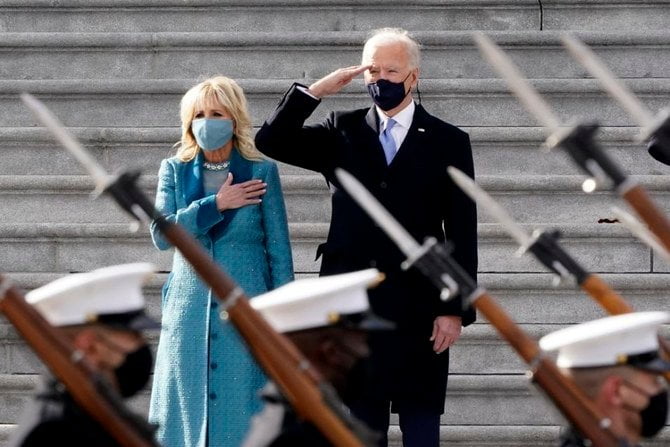 In a tweet last week, Martin Indyk, a former US envoy for Israeli-Palestinian negotiations, referred to a quote by a senior Biden administration official, who stated that: “The lion’s share of the history of the 21st century is going to be written in the Asia-Pacific.” This, according to him, perfectly captured President Joe Biden’s priority focus on Asia, as he concluded with a swift: “Bye bye Middle East (until next time).”
An American pivot to Asia is not something new — it was one of the main foreign policy strategies of President Barack Obama. His strategy was laid out during an important speech in Tokyo in 2009, during a tour of the Far East. He referred to himself as being “America’s first Pacific president” and described the US as an Asia Pacific nation. He insisted that the US would be part of the decision-making process for the future of the region by re-engaging with Asian countries through multilateralism and participation in regional institutions. Obama welcomed a strong and prosperous China and said the US would not seek to contain Beijing’s rise; yet this would neither impact nor intimidate Washington’s bilateral alliances in the region or its views on human rights.
But the world has changed since 2009 and China’s rise has already been witnessed in Europe and the Middle East. On the European front, China toppled the US as the EU’s top trade partner in 2020 and the EU-China investment pact, which was approved last month, indicates stronger partnerships in both Europe and Asia. Meanwhile, China is dependent on the Middle East for 38 percent of its crude oil imports, according to the research firm Wood Mackenzie, while the US imports extraordinarily little from the region. China has also become the largest trading partner of Arab countries and has established strategic partnerships with 12 of them. It has also reportedly agreed a $400 billion deal with Iran.
However, these are only signs of the single most important economic and trade-changing factor, which is the Belt and Road Initiative (BRI). The BRI links China, Europe and the Middle East, as well as Africa, through the building of a robust trade infrastructure. These shifts in trade, investment and economic partnerships, along with new infrastructure construction, are also usually a sign of imminent security and defense cooperation and/or agreements.
This means there are many challenges, especially in Asia, where China has just signed the Regional Comprehensive Economic Partnership — a free trade agreement that includes three other large economies in Asia that are also US allies: Japan, South Korea and Indonesia. But Biden will continue with an Asia-focused foreign policy strategy and, to achieve this, his administration will actively look to spend less time and fewer resources in the Middle East and Europe.
It seems clear that the administration is already signaling that the Middle East — Israel included — will not be an initial focus for the new US president. It has not gone unnoticed that Biden did not call Israeli Prime Minister Benjamin Netanyahu or any other leaders in the region during the first few weeks of his presidency. More than a pivot to Asia — and Indyk’s tweet is an indicator — the US has actually been suffering from Middle East fatigue for some years now. Despite the genuine efforts of many administrations and their many strategies, the issues remain the same and demand a lot of focus and bandwidth, which the US no longer seems to be willing or able to devote to the region. It is in that sense that a potential quick return to the Iran nuclear deal and other actions might be read.
One can also understand that the US is looking for Europe, and France in particular, to take more responsibility and engage in the Middle East, which impacts them first and foremost. Successive calls by Biden and Vice President Kamala Harris to French President Emmanuel Macron seem to indicate a broader engagement not only on climate change, but also on the Middle East, where Macron — through his initiative in Lebanon — has shown a willingness to take the lead. Likewise, it seems that, even when it comes to difficult files such as Syria, the US will only look to give support to regional powers while staying in the back seat, intervening only as a last resort. One can also expect a renewed role for NATO through this engagement.
The regional players have started to understand these signals and are moving to adapt. An interesting development was the recent meetings and unusually high level of exchanges between Russian and Israeli officials, both on the security-military and diplomatic levels. Despite their disagreements, both countries have interests in Syria that might align. Other exchanges have also been interesting to witness.
However, a few strategic questions remain: Can the US be successful in a renewed pivot to an Indo-Pacific strategy if it loses its grasp on the Middle East and Europe, especially if China and Russia fill this vacuum? What happens if the transatlantic alliance, which has positively impacted the state of the world, weakens further or even breaks?

On a more tactical level, how will the current US administration differentiate between North Korea and Iran? Iran has actively funded and aggressively supported terrorist organizations — this week’s rocket attack in Irbil is a clear example of Iran’s proxies putting pressure on the US. Hence, wouldn’t weakness toward Iran encourage North Korea to act with more defiance, thus putting the entire Asia-focused strategy at risk? It is also interesting to note the difference in treatment between Asian allies and Middle Eastern ones.
It seems the answers for the US will come through multilateralism replacing its leadership role, which the world has gotten used to. The past decades have seen back-and-forth shifts in the US’ approach, from being overly muscular to full disengagement. It seems the current administration will attempt, through engagement with allies and China alike, to bring a more consistent and stable approach to the Middle East.
I also wonder if this approach will not be read as an American acceptance of China’s rise to world leadership and a desire to accompany it, in a similar way that the UK accompanied the US on its rise in the last century. Such a reading by regional powers in the Indo-Pacific, Middle East, Africa and Europe would accelerate stronger local engagement with China and Russia to fill the vacuum left by the US, or at least bring a new balance. (Courtesy Arab News)