The number of street children in Punjab has reached one million 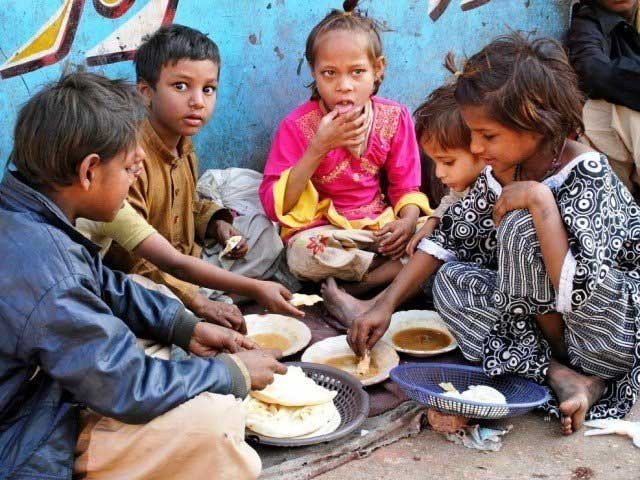 LAHORE: The Child Protection Bureau, an organization working for the rights and protection of children in Punjab, has said that at present one million children are seen on the streets in the country’s largest province and 60,000 children in Lahore are begging and working.

Sara Ahmed, Chairperson of the Child Protection and Welfare Bureau, Shuja Bhatti, Director General of the Bureau and Nazir Ghazi, Representative of the NGO GOOD, made important revelations about Street Children at a joint press conference at the Lahore Bureau.

Chairperson Sarah Ahmed said that despite the dire situation like Corona, the Punjab government has taken effective measures for the welfare, health and education of street children. In one year, 7,000 children from different cities including Lahore were taken into custody. Gaya, Child Protection and Welfare Bureau has always worked for the welfare of children, PTI government and Child Protection Bureau are working for the betterment and protection of children, despite the harsh conditions over the past year, the welfare of street children. The Child Protection Bureau has played an active role for the welfare of the people. In a year, 7,000 children have been taken into protective custody. He said that according to a survey, 1 million children are seen on the streets in Punjab, including in homes. This includes children who have run away, are missing, are beggars, are laborers and have been abandoned by their parents.
“Instead of begging children, we want to give them pens and books,” she said. We see children on the streets, but their childhood takes away the apathy, compulsions and difficulties of the society. By taking the children off the streets, the Child Protection and Welfare Bureau has provided facilities like education, health, housing and good food. Child Protection The End Welfare Bureau will continue to work for the protection and welfare of street children. Laws need to be amended to prevent child labor, begging and sexual and physical abuse. Domestic workers want to make a crime like violence against children a non-bailable crime. The matter will be taken up in the Assembly soon after talking to the parliamentarians and the provincial law minister.

Nazir Ghazi, a representative of the lap, said that there are 60,000 street children in Lahore. These children become victims of sexual and physical violence and fall into the hands of criminal gangs. Running awareness campaigns for these children to secure their future. These children are insecure. We should not encourage them to beg.

DG Child Protection Bureau Shuja Bhatti said that children on the streets do not beg only because of poverty but it has become a business, there are many mafias behind this fog. In many cases the whole family has been found begging. The girls are being transferred to Lahore while the children are being transferred to bureaus in other cities so that their parents will not beg from them when it is difficult for them to hand over the children.