The US and EU3 must not disregard Iran’s nuclear defiance 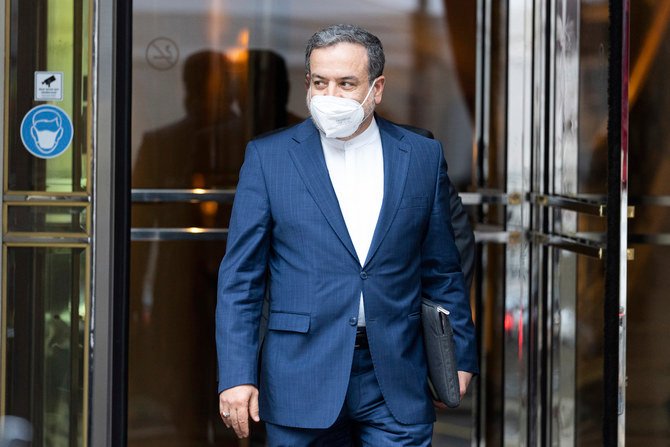 The US and Germany, the UK and France (the EU3) are pressing on to revive the old Joint Comprehensive Plan of Action (JCPOA), also known as the Iran nuclear deal, in spite of all the current red flags linked to the Iranian regime and its nuclear program.

While negotiations are ongoing, the Iranian regime keeps ratcheting up its violations of the deal, including spinning more centrifuges and enriching uranium at a much higher level, bringing Tehran closer to obtaining nuclear weapons. Even US Secretary of State Antony Blinken acknowledged recently that Iran’s breakout time, the time required to gather enough fissile material for a single nuclear weapon, could be weeks. He stated that Iran’s nuclear program is “galloping forward … The longer this goes on, the more the breakout time gets down … it’s now down, by public reports, to a few months at best. And if this continues, it will get down to a matter of weeks.”

Iran is speeding up the program partially to threaten the US and the EU3, to gain more concessions in the nuclear talks, and to rush world powers into rejoining the JCPOA. The truth is that the Islamic Republic is the one which is desperate for the revival of the agreement; its economy is in a terrible shape, it can hardly afford to finance its proxy groups across the Middle East, and it is running a significant budget deficit largely due to the fact that it can not export oil at high levels. The nuclear deal will lift all sanctions and help the Iranian regime rejoin the global financial system.

Tehran and some of the advocates of the JCPOA argue that the Trump administration should be blamed for Iran’s nuclear violations. But since there is a new administration in the US, which has fully demonstrated its objective to return to the nuclear deal, there is no excuse for Iran to continue escalating.

The US and the EU3 are also mistakenly rushing to revive the deal before Iranian President Hassan Rouhani leaves office. But Iran’s desperation and desire to return to the nuclear deal will not change when a new president is elected. Nuclear policy does not come from the president in Iran, but from the Supreme Leader Ayatollah Ali Khamenei, who enjoys the final say in all Iran’s foreign policy issues. In fact, the Islamic Republic recently admitted that Iran’s nuclear policy will not alter when a new president is in office, after government spokesman Ali Rabiei said on June 8: “Other parties to the nuclear deal can rest assured that Iran will not break its obligations as long as they abide by their commitments. We’re focused on finalizing talks in the remaining time. Right now, we’re not interested in speculating about different possibilities in advance.”

The truth is that the Islamic Republic is the one which is desperate for the revival of the agreement; its economy is in a terrible shape, it can hardly afford to finance its proxy groups across the Middle East, and it is running a significant budget deficit.

Another red flag that the US and the EU3 are disregarding is linked to the recent statements issued by Rafael Grossi, the director general of the International Atomic Energy Agency (IAEA). Grossi’s latest statements suggest that the Iranian regime was violating the 2015 nuclear deal even before the Trump administration pulled the US out of the JCPOA.

Iran’s clandestine activities during the nuclear deal were first revealed by Israel. Then Prime Minister Benjamin Netanyahu stated in his speech to the UN General Assembly that Iran had a “secret atomic warehouse for storing massive amounts of equipment and material from Iran’s secret nuclear weapons program.” The IAEA at first ignored Israel’s revelation. But later, IAEA inspectors were able to detect traces of radioactive uranium at the site.

Germany, France, the UK and the US must not attempt to return to the old flawed nuclear deal which Iran was reportedly violating even during its implementation.

The Biden administration and the European powers must not ignore the IAEA’s warnings. The US and the EU3 must halt nuclear talks until Tehran fully cooperates with the IAEA and addresses concerns regarding the nuclear material found at three undeclared nuclear sites in Iran. (Courtesy Arab NEWS)