There are two types of surgery, the first is emergency surgery and the second is elective surgery,Dr. Rana Muhammad Sohail 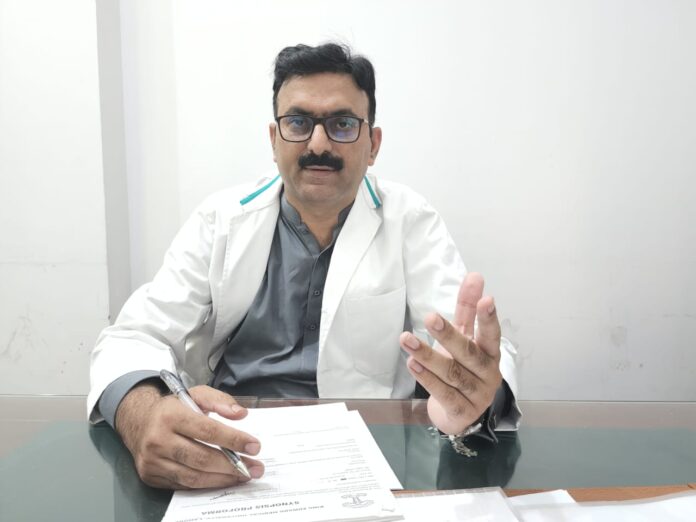 Lahore (Mudassar Qadeer) Assistant Professor of Surgery King Edward Medical University Dr. Rana Muhammad Sohail has said that there are two types of surgery, the first is emergency surgery and the second is elective surgery. Emergency surgery It has to be done in the environment and it is very important for a good surgeon to perform the surgery in the emergency services whereas elective surgery is done in plain language by giving the plan ie time and in the meanwhile all the tests of the patient are completed so that his To find out the physical condition, he said that general surgery is a difficult task, its routine requires a lot of hard work. If there are scars on the body but its liver, spleen or any other organ is affected and blood is accumulating in it, the skill of the surgeon and dedication to his work is very important for such surgery, he told Omega News. In the special meeting, did he further say on this occasion that clinical examination and to know the injury of such a patient and Ultrasound can be used to perform a CT scan if the patient’s condition is stable. Vascular surgery, which is an open surgery, involves linking blood vessels to prevent blood loss. Arms are caused by injuries, ax and dagger blows which stop the flow of blood in the leg or arm and the arm or leg starts to get cold. Such a case has to be updated within 6 hours. It is important to do this because after that the risk of organ loss increases. Therefore, arterial transplantation is done with a vein so that the patient can be saved from disability. And appendix and various diagnostic operations are being performed through laparoscopy. Providing surgery services in emergencies is a daunting task for which the surgeon must be certified. Referring to his appointment, Dr. Rana Sohail said that the place where I am today is the place where the prayers of my parents are heard I belong to Laluwala, a village in Shujaabad Tehsil, and when I entered the Medical University, I was ranked 4th in Punjab, after which I graduated from King Edward in 2004 and got a house job at Mayo Hospital where I was appointed Medical Officer in 2007. The teachers I received guidance for FCPS include Prof. Dr. Sadaqat Ali Khan, Prof. Dr. Khalid Javed Abid, Prof. Dr. Abdul Majeed Chaudhry, Prof. Dr. Muhammad Arshad Cheema and Prof. Dr. Asghar Naqi. In 2012 I was promoted to Senior Registrar West Surgical Ward and later in 2017 I was promoted to Assistant Professor and posted in East Surgical Ward where I am currently serving. I think I have worked in all four surgical wards of Mayo Hospital and have dedicated myself to the service of humanity while I am also the General Secretary of Pakistan Medical Association Punjab.