There is no atmosphere to talk openly 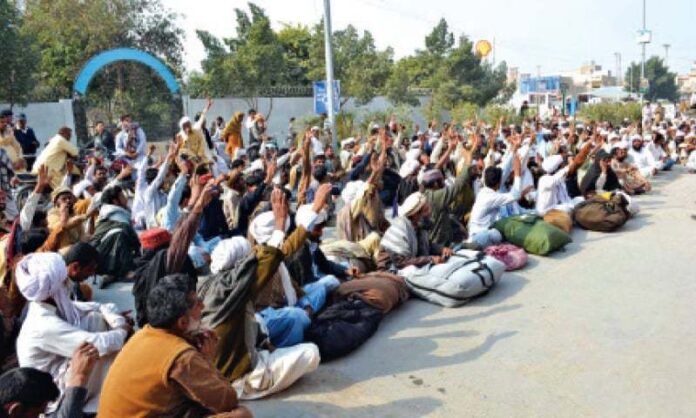 Can man really change times with gestures? Is there any example in history that proves that times have ever been changed by gestures? Of course, there is no such example. Without action, time is a distant thing and man cannot change his life. However, there are examples in history where human beings have turned the tide of time with their actions and character. It is as it seems in our country at the moment. Farmers from Burewala and other areas came to Lahore with their petty demands that the provincial government is there. Maybe our voice will be heard by someone and they will show seriousness in solving their problems. But what happened? Mushtaq Langarial, the leader of Kisan Ittehad. Injured as a result of the use of police baton charges, tear gas and water cannons, he lay in the bushes all night and died the next day. Mushtaq Langarial and other farmers tried to persuade the ruthless rulers in power to give them their due but instead of getting their due, they died and many rulers were injured. The condition of many of these farmers is also said to be critical. On the other hand, the video of the SP of Lahore Police has gone viral on social media in which he is addressing his officers and saying that chemical mixed water has to be thrown on the protesting farmers. Were the farmers protesting in any of the countries of Syria, Yemen, Libya that the atmosphere was so narrow that they could not even breathe? No particular voice was raised from across the country on this brutal violence against the farmers as the authorities are in control everywhere. However, some political leaders have raised their voices in favor of the farmers, with Chaudhry Pervez Elahi at the forefront, who has even said what a democracy it is where every voice of protest is being suppressed. He has strongly reacted to the death of Mushtaq Langarial. Similarly, some other politicians have condemned the police violence against verbal farmers just to strengthen their political role. Now some politicians are expressing their condolences to Mushtaq Langarial’s family on his death. Surprisingly, Chaudhry Pervaiz Elahi has reservations about the violence against farmers in the democratic era, but other politicians have not been able to speak in support of the farmers. The question now is whether every voice in opposition or protest will be gradually silenced. There is no example in any democratic country in the world where protesters are being silenced in this way. What’s more, the voice of the media is being suppressed. Elections were held in the United States. Biden and Trump have been at loggerheads since the election campaign. And it continues. But everyone has the freedom to speak. Even in front of the White House, but in the presence of the police, the media people there feel safe until President Trump addresses his supporters, which lasts only 16 minutes, but he is tough on Biden and other opponents. The US media stopped covering the president. It is called a democratic system and it is a democratic country where there is no ban on raising voice. Everyone has the right to protest peacefully in any democratic country, but the atmosphere here is so tense that many sections are now afraid to speak up for their rights. This suffocation in the air must be eradicated, there should be only an investigation into the violence against farmers in Lahore and the resulting death so that action can be taken against those responsible. Things need to be kept from getting too complicated or the situation could get out of hand