There is no loyalty in Nawaz Sharif Nature, Sanaullah Zehri 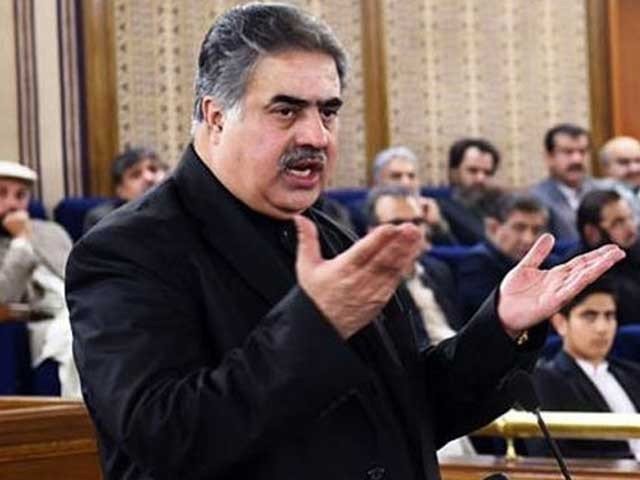 During a meeting in Quetta, former federal minister Abdul Qadir Baloch and former Balochistan chief minister Sanaullah Zehri, along with their colleagues, formally announced their joining the PPP.

Addressing the gathering, Bilawal Bhutto Zardari said that he was grateful to all the leaders including Nawab Sanaullah Zehri and Abdul Qadir Baloch who joined the PPP. Gave cloth and house, PPP gave provinces a share in 18th amendment and NFC, next Chief Minister of Balochistan will be a Jyala, we will solve the problems of Balochistan, we will reach every district of Balochistan. If the people of Balochistan are with us, no force can stop us.
Chairman PPP said that injustice is happening everywhere in the incompetent and incompetent government of PTI, the change government has given nothing but inflation and unemployment, everyone has seen the real face of change.

Addressing the gathering, Sanaullah Zehri said that he had told Nawaz Sharif that he had joined the PML-N for the sake of honor, we only need honor and nothing more. Besides, there is no loyalty in Nawaz Sharif. Ghulam Ishaq Khan was the first victim of Nawaz Sharif.

Sanaullah Zehri said that we supported PML-N in difficult times, people of Balochistan are witnesses, we formed PML-N government in the province, what Nawaz Sharif hopes for us is Bilawal Bhutto Zardari. Will not do it. My father was in the PPP and I became Jayalalithaa even today. I will work in the PPP like a worker, I want Bilawal Bhutto Zardari to be the Prime Minister next time.

“We will further strengthen the PPP”

On this occasion, Abdul Qadir Baloch said that we have said goodbye to PML-N. There is no longer any prominent person in PML-N. PPP gave rights to the provinces during its tenure. Balochistan needs PPP. The party workers are very hardworking, they will further strengthen the PPP in Balochistan, we can get 12 seats from Balochistan.