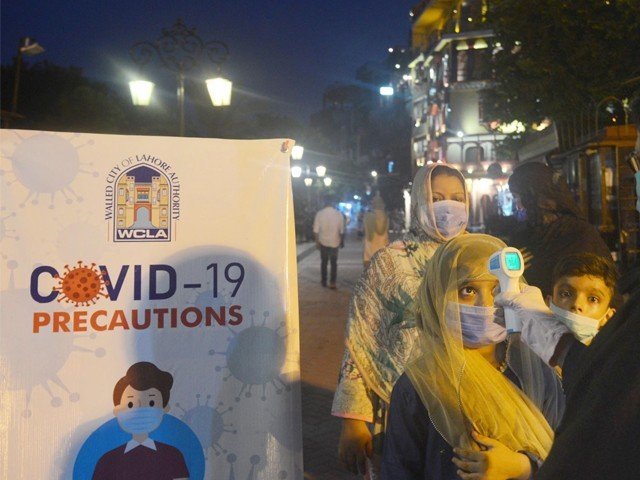 ISLAMABAD: The third wave of corona epidemic has intensified in the country and 32 more deaths have been reported in the last one day while 2,664 new cases have come to light.

Another 1,275 patients in Corona have succumbed to the epidemic, according to official figures. Thus far, 570,571 people in the country have recovered from Corona. There are currently 21,121 active corona patients in the country, of whom 1,805 are said to be in critical condition.

It may be recalled that a meeting of the NCOC was held under the chairmanship of Federal Minister Asad Omar yesterday in which concern was expressed over the increase in Corona cases.

A statement issued by the NCOC said that the third wave of corona is becoming serious across the country and the rate of corona cases has increased from 5 to 6 percent. More cases are being reported in Islamabad and some areas of Punjab, cases are also being reported in Khyber Pakhtunkhwa and Azad Kashmir, increasing cases of corona in Punjab are a cause for concern, instructions have been issued to implement SOPs in major cities. In addition, further restrictions on travel to different countries were considered, but the decision will be made after consultation with all stakeholders.