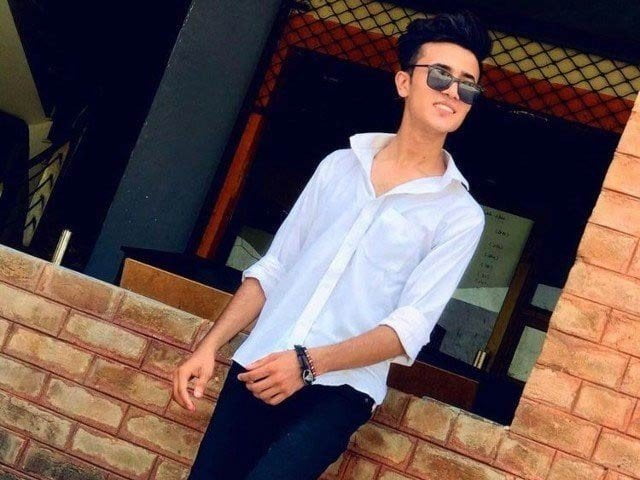 PESHAWAR: Tick tock star committed suicide after his girlfriend refused to get marriage.

According to details, Sajjad, brother of 20-year-old Tick Tock star Shehzad Ahmed of Tehkal Tehsil in Peshawar, had lodged a report of his disappearance to the police.

According to local police, Sajjad later reported that in another room, Shahzad hung himself with a ceiling fan. Sajjad rushed his brother to the hospital, where he was pronounced dead.
Shehzad’s brother says he wanted to marry a girl but the girl’s father refused the relationship, which left him severely frustrated and depressed.

Aamir, a friend of Shahzad’s, told Express that he was a talk talk star and had more than 300,000 followers on the video sharing app. Two years ago, he fell in love with one of his fans, but the girl was only 16 years old at the time and on that basis, the girl’s family refused to have a relationship.

Aamir said that the girl had asked him not to see Shahzad again after which Shahzad had tried to commit suicide by taking 50 sleeping pills but his life was saved. After this incident, Shahzad contacted the girl again.

Tuck Tucker’s friend says that some time ago he sent a marriage message to the same girl again and this time he refused. The girl’s family also objected that Shahzad spends all his time talking. On this objection, Shehzad had also deleted his account with 300,000 followers, but he still did not agree to the girl’s family relationship.

Aamir said that when his friend Shehzad used to give expensive gifts to the girl, her family members did not object. However, when the two became inclined towards each other, the family members refused the relationship. Aamir added that Shehzad was his partner in an online store which gave him a good income.

Share
Facebook
Twitter
Pinterest
WhatsApp
Previous articleA sudden increase of Rs. 2900 per tola in the price of gold
Next articlewill continue working in the theater even after going to the assembly, actress Gul E Rana