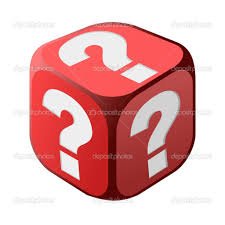 Calling politicians and nationalist’s traitors is not a new thing in Pakistan. If we take a closer look at the history of Pakistan, we will see that there was a time when Mir Ghous Bakhsh Murree, Sardar Ataullah Mengal and Nawab Khair Bakhsh Murree were being called traitors. However, Nawab Akbar Bugti was not included in the list of traitors at that time. However, after 1999, when General Pervez Musharraf came to power, he declared Nawab Akbar Bugti a traitor and what happened to him, observed everyone in Pakistan and the world. While all sorts of tactics were used to declare the most popular leader like Zulfiqar Ali Bhutto a traitor. Thus, the issue of branding traitors and patriots on the Pakistani political scene did not stop but increased. This tactic was used to suppress the opposition whichever political party came to power. However, it was never encouraged. There were no positive results. The political landscape became more and more complicated and one day the government was fired prematurely. The PPP and PML-N government fell victim to it many times. After that, every effort was made to declare his daughter Benazir Bhutto and her associates traitors and for this purpose the PML-N and Jamaat-e-Islami were used to the fullest. The history of Pakistan bears witness to the fact that almost Traitors came from all the provinces but the situation was not like that in Punjab. This time it has been completed. When the opposition raised its head against the PTI government, the entire N-League leaders were declared traitors. A case of treason was registered in a police station in Shahdara area. And then there is the Prime Minister of Azad Kashmir, Raja Farooq Haider, who has made a lot of fun of him on social media. The question is, why aren’t we ready to learn from history? When the PTI staged a 126-day sit-in in Islamabad against an elected democratic government, speeches were made, the government’s writ was challenged, and even the PTV center was attacked. So the opposition of that time and the ruling party of today had a democratic right. But today’s opposition does not have the right to protest against the government. Even before the protest, the list of traitors was increased. In all the hustle and bustle, attention has not only been diverted from the real issues, but they have been suppressed with great success. Has inflation really made the poor, even the middle class, cry out in practice? The rate had already risen by more than five per cent before Corona, while according to the latest economic survey, the growth rate in all sectors from agriculture to industry has declined the most. At a time when government officials are predicting a gradual recovery of the economy, on the other hand, there are reports on the channels that the rupee is depreciating further against the dollar, a sign of the law and order situation in the federal capital. Robberies and thefts are taking place, incidents of abuse of women and children are on the rise across the country, the monster of terrorism is re-emerging in various parts of the country while the lava of linguistic and sectarian tensions is re-igniting. The indifference and indifference shown by the statements of the ministers and spokespersons in the whole situation is tantamount to inciting the opposition protest movement. The government of the day should pay attention to all these ground realities. Only the opposition. Suppressing and declaring him a traitor will not solve the problem. On the other hand, the opposition needs to realize that the Pakistan Army is not behind every activity of the government, which has made it clear that the army is not a political party. I should not be dragged out. The PTI leader who filed the treason case came out. Therefore, it is important that the issues are rectified. It should be understood in detail so that the right position can be taken. Criticizing the Pakistan Army in any way is not acceptable to the entire nation۔