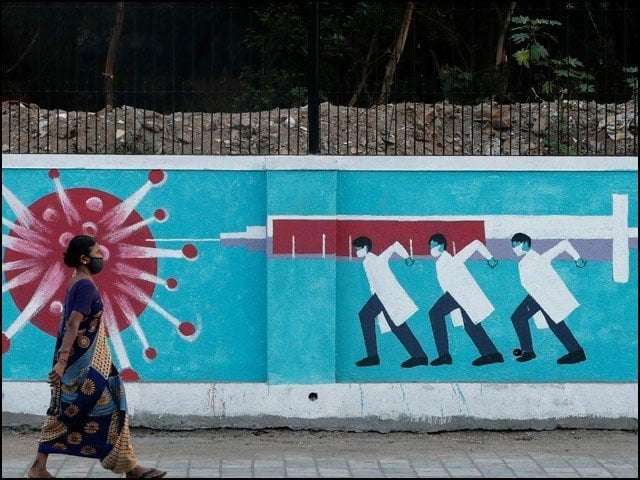 New Delhi: At a time when the recent deadly epidemic of corona virus in India is being blamed on the double mutant ‘Quid 19’ virus, a new variant of the same virus ‘triple mutant’ has emerged. Has started

The discovery of the triple mutant corona virus in the Indian state of Bengal a few days ago has sparked a new wave of concern among experts, but it remains to be seen whether the new strain of the virus is more dangerous and deadly.

The triple mutant, also known as the “Bengal strain”, has so far appeared in corona patients in West Bengal, Delhi, Maharashtra and Chhattisgarh.
Indian epidemiologists fear that triple mutants could become a new headache because three mutations discovered in it could potentially help accelerate its spread.

Not only that, but thanks to these mutations, the virus keeps itself out of sight of the body’s immune system, while it can re-infect people who have been vaccinated and who have recovered from a previous virus attack.

It is also thought that the spread of triple mutants may be faster than that of double mutants, while existing vaccines for corona virus may prove ineffective against the same triple mutants.

Indian experts on the virus say that the emergence of a triple mutant as a result of significant changes and evolution in the double mutant is a possibility that cannot be ruled out.

Dr. Sreedhar Channaswamy of the National Institute of Biomedical Genomics, India, says that there is a special mutation in the triple mutant (E484K) that has previously been observed in coronavirus strains from South Africa and Brazil.

This change not only helps the virus to re-invade but also plays a key role in its rapid spread and in reducing the effectiveness of vaccines.

Although many things about the triple mutant are still unknown, it is this ignorance that is causing the most concern.