Turkey’s Erdogan accuses US of backing ‘terrorists’ in Iraq 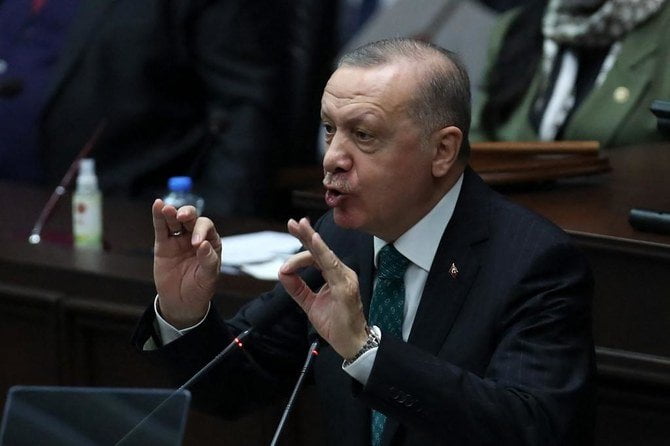 Erdogan’s comments came a day after Ankara said Kurdistan Workers’ Party (PKK) rebels had killed 13 captives – most of them Turkish soldiers and police officers – they had allegedly abducted in southeast Turkey and kept in an Iraqi cave.

The PKK has been waging an insurgency against the Turkish state since 1984 that is believed to have left tens of thousands dead.

The United States and Turkey’s other Western allies recognize the PKK as a terror group.

But Washington has supported another Kurdish militia in Syria that Turkey sees as an offshoot of the PKK.

Turkey this month launched a military operation against rear PKK bases in northern Iraq that Erdogan said on Monday was designed in part to free the 13 hostages.

“The statement made by the United States is a farce,” Erdogan said in his first public comments on the incident.

“You said you did not support terrorists, when in fact you are on their side and behind them,” Erdogan said in televised remarks.

The US State Department on Sunday it “deplores the death of Turkish citizens” but was waiting for further confirmation that Ankara’s account of the 13 men’s death was true.

The PKK said the 13 died when Turkish forces bombed the cave where the men were being kept.

“If reports of the death of Turkish civilians at the hands of the PKK, a designated terrorist organization, are confirmed, we condemn this action in the strongest possible terms,” the State Department said in a statement.

“After this, there are two options. Either act with Turkey with no ifs or buts, without questioning, or they will be a partner to every murder and bloodshed,” he said.

“The terrorist organization on our doorstep, on our borders, is killing innocents.”