Two killed, 14 injured in suicide bombing outside church in Indonesia 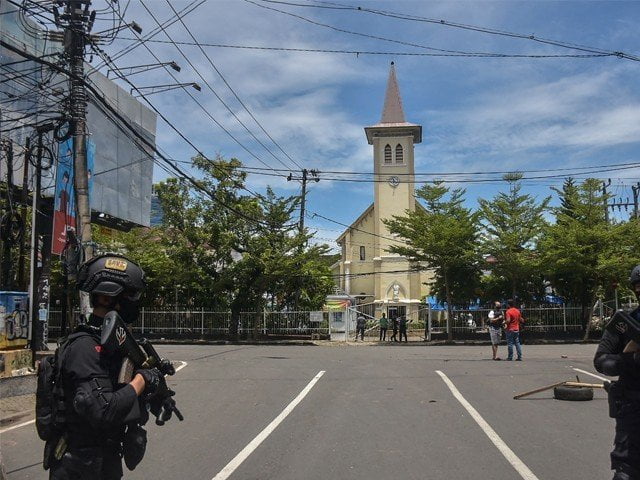 Jakarta: Two people have been killed and 14 others injured in two alleged suicide bombings outside a church in Indonesia.

A bomb blast outside a church in the Indonesian city of Makassar has killed at least two people and injured 14, according to a foreign news agency. Rescuers later rushed the injured to a hospital, while security forces cordoned off the area.

According to police, two people tried to enter the church after the prayer service ended, but when security guards stopped them, they blew themselves up. Police say the bodies of two people were found outside the church. However, further investigations into the incident are ongoing.

It should be noted that in 2018, 9 people were killed and more than 40 were injured in suicide attacks on 3 churches in Surabaya, Indonesia.