Two-state solution is the only path to peace 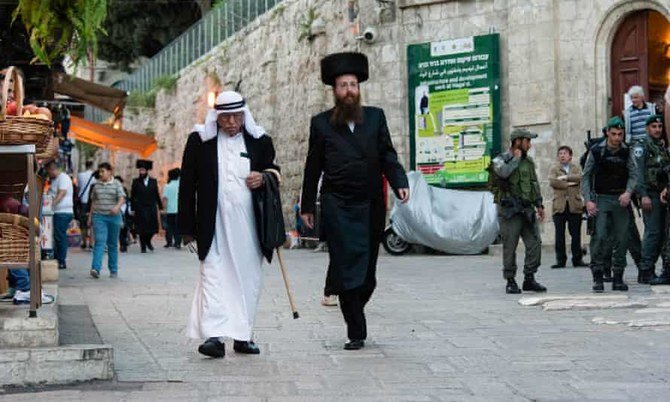 A coalition of mostly Jewish members of the US Congress has introduced legislation, known as HR 5344, which calls for the implementation of a two-state solution and proposes the creation of a Palestinian state alongside Israel.
The bill, whose primary sponsor is Michigan Rep. Andy Levin, has a steep uphill climb to reality, not just because many pro-Israel lawmakers and radical members of the Republican Party oppose it, but also because many pro-Palestinian activists do not support the concept of two states.
The majority of the foes of the two-state solution embrace a one-state solution as an alternative. But how this is defined varies depending on which side of the political spectrum is doing the defining.
Republicans and pro-Israel extremists want a one-state solution that is devoid of any non-Jews. They support Israel the way it is today: A non-democratic nation that claims to be a democracy, while imposing a variation of South Africa’s former apartheid system.
Many pro-Palestinian activists and advocates on the far left also embrace a one-state solution. But they define it differently, as a plan to create one nation in which Christians, Muslims and Jews are equal in every respect.
Unfortunately, I don’t know of one nation that exists today where Christians, Muslims and Jews are treated equally. Such equality doesn’t even exist in the society that is the poster child of democracy, the US.
Although American policies clearly support equality for all, the failure to implement them results in inequality, particularly against Muslims and also Arabs. The US also supports Israel’s mild form of apartheid, which clearly discriminates against non-Jews, and turns a blind eye to its ally’s violations of the international rule of law when it comes to civil rights.
So far, there are 29 co-sponsors of Levin’s bill, which is known as the “Two-State Solution Act.” This is a small coalition considering there are 435 congressmen and women in total. Among the hundreds of representatives who have not signed on as co-sponsors are many of the leading pro-Palestinian voices in Congress, including Rashida Tlaib, Ilhan Omar, Betty McCollum and Marie Newman. Some of these pro-Palestinian figures support a two-state solution, while others advocate aggressively for Palestinian rights and simply avoid using the term.
Levin is crystal clear about why he introduced the legislation last month. “The need to achieve a two-state solution is more urgent than ever,” he explained in a supplement to the bill. “Earlier this year, we witnessed a conflict in Israel and Gaza that cost hundreds of lives and caused devastating damage to homes and livelihoods, worsening a humanitarian crisis in Gaza. We saw riots erupt in Israeli towns once applauded as models of peaceful coexistence between Jews and Palestinians. And all of this occurred against the backdrop of a deepening occupation in the Palestinian territories, which tears at both the Israeli and American Jewish communities.
“As we enter this new year in the Jewish calendar, we must also enter a new chapter — one in which Israel’s future as a democratic state and homeland for the Jewish people is secure and Palestinians’ aspirations for a state of their own can be fulfilled. We can no longer claim credibly to support a two-state solution without taking steps to bring one about. This bill re-establishes America’s role in helping the parties move down the path of peace and coexistence.”
The two-state solution is based on the premise that Israel and the Palestinians will achieve peace based on compromise. The one-state solution, meanwhile, is based on the belief that Israel can be reformed into a country that is truly democratic and treats everyone, Christians, Muslims and Jews alike, as equals. This single state would consist of all the historical land of Palestine, which was partitioned back in 1948.

As compelling as a one-state solution based on democracy may sound, the reality is that achieving it is impossible.

In truth, you cannot have a “Jewish state,” or any religious state for that matter, and also claim to be a democracy. To be a true democracy, which Israel is not, you need to have equal rights at every level for every citizen, and separate religion from politics. Separating religion from politics is the cornerstone of American democracy. The two don’t mix.
But, as compelling as a one-state solution based on democracy may sound, the reality is that achieving it, even one day in the future, is impossible. Israel’s government is based on a variation of the apartheid system that once defined South Africa. The differences between Israel and South Africa are significant. Apartheid-era South Africa was majority black, but with a government run by white people who imposed restrictions on blacks at every level of society. In Israel, the Jews are the majority and the non-Jews the minority. It has more than 65 laws that discriminate against non-Jews.
Even if a two-state solution is one day miraculously achieved, it won’t necessarily change Israel’s apartheid policies. So what is the real benefit of a two-state solution? It would create an atmosphere and commitment to achieve compromise. It can ease the pressure and lead to genuine change — one day. (Courtesy Arab News)