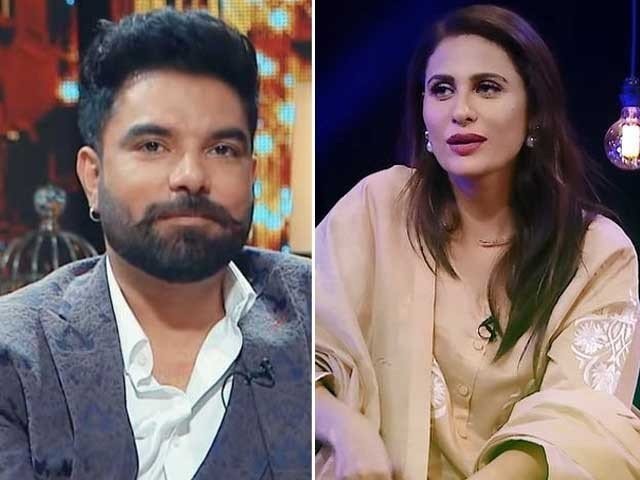 Yasir Hussain and Iqra Aziz were married two years ago today in 2019. Both the weddings were attended by various showbiz personalities. However, in February this year, Yasir Hussain had said during a show that actress Noshin Shah had come to his wedding by force without an invitation. These words spoken during the show had caused a quarrel between Noshin Shah and Yasir Hussain. And actress Noshin, while giving her position on this allegation of Yasir Hussain, had said, “Can anyone be invited to someone’s house?” I don’t go to anyone’s house without being invited. Yasir himself called me and invited me to his wedding. I am very disappointed with Yasir’s behavior.

The issue had cooled down at the time, but now it has resurfaced on social media. About a week ago, actress Noshin Shah participated in an online show “To Be Honest 3.0” where host Tabish Hashmi asked her a question on the same issue, “Are you interested in going to celebrity weddings?” On which Noshin Shah had jokingly said without mentioning the name of Yasir Hussain that he was fond of going to the wedding and that too without being invited. He later declined to comment on the matter.