US military should made ‘killer robots,'” the official panel reported 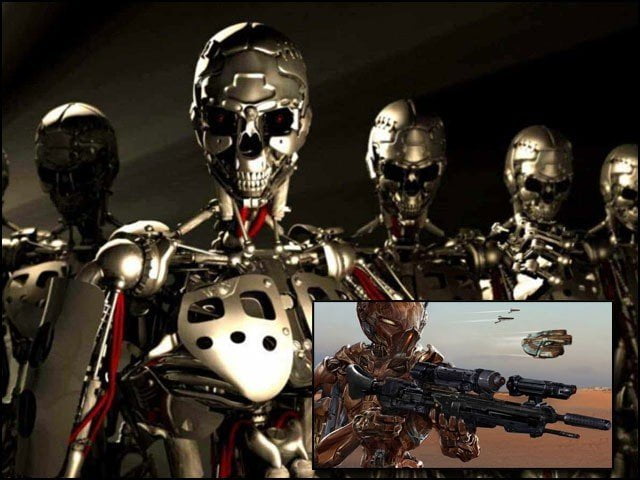 US military should made ‘killer robots,'” the official panel reported

Washington: The National Security Commission on Artificial Intelligence, a subordinate of the US Congress, has stressed in its latest report that the US military must create “killer robots” for military purposes.

Explaining the reason for its insistence, the commission wrote in its report that unless such an “automatic, dynamic, mechanized military system is created, we will not have a chance to understand its strengths and weaknesses. will get.”

On that basis, the commission “strongly urges the US military to take seriously the development and practical testing of such a system.”

It should be noted that this detailed report covers various aspects of artificial intelligence regarding US security, including industry, trade, manufacturing and medicine, as well as the military sector.

The report suggests that the US government should spend 32 32 billion annually on the development of artificial intelligence, with special emphasis on the military, as “China and Russia are already investing heavily in this area.” ”

Reuters news agency has used the phrase “weapons / military systems equipped with artificial intelligence” in its report, which is a broad concept in itself.

Weapons / military systems equipped with artificial intelligence include all military equipment, including automated bombers and fighter jets, as well as automatic warships, submarines, missiles and vehicles, which do not require human instruction or human intervention to carry out their work. Be

There is a strong possibility that the first “killer robots” will be in the form of a vehicle or an aircraft that will be gradually evolved into a human form, so that robots can be given to soldiers instead of infantry. However, this destination is still a long way off.

It will be interesting to read that Eric Schmidt, the head of the US National Security Commission on Artificial Intelligence, was the CEO of Google from 2001 to 2011. And their role in bringing Google to where it is today is considered very important.