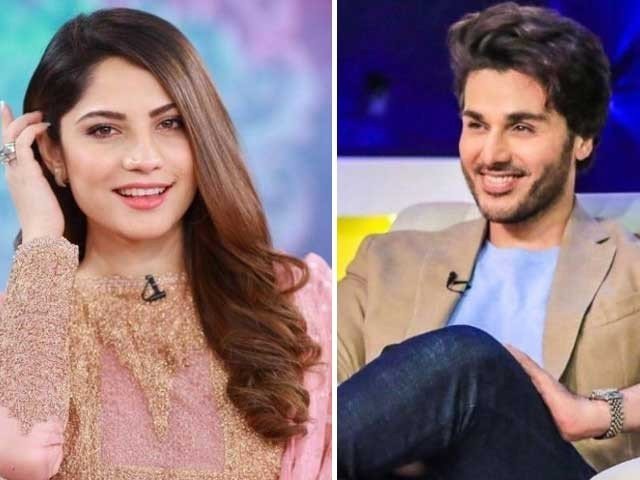 Karachi: A video of actress Neelam Munir and Ahsan Khan is going viral on social media in which both are seen speaking Pashto.

An interesting video from the set of actress Neelam Munir Khan and Ahsan Khan’s drama serial “Qiyamat” is going viral. In the video, it can be seen that Ahsan Khan and Neelam are sitting in a car and the shooting of the play is going on.

Meanwhile, a little girl comes and says to Neelam Munir in Pashto, “Is this (Ahsan Khan) your husband?” To which Neelam Munir gives an interesting response and says O God! And then Dupatta puts it on her face and starts laughing and Ahsan Khan jokingly says yes I am her husband.

Later, Neelam Munir explains to the girl in Pashto that he is my husband, but not only in the drama.

It should be noted that Ahsan Khan, Neelam Munir and Amar Khan are working in the drama serial “Qiyamat” these days. From the set of the play, Ahsan Khan often shares funny and interesting videos of the shooting on social media.