wants peace but its not our weakness, President Alvi 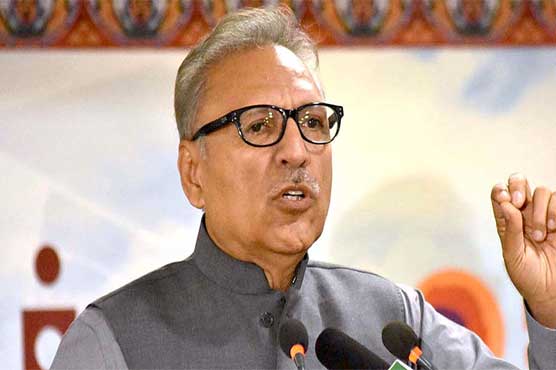 ‘
ISLAMABAD: President Arif Alvi has said that the enemy should not consider the desire for peace as a weakness, any aggression will be fully answered, peace in the region is conditional on a just solution to the Kashmir issue, the entire nation. Stands with Kashmiris and will stand.

Addressing the Pakistan Day celebrations, President Arif Alvi said that happy Pakistan Day to the entire nation, thank you to the friendly countries and other participants, the nation congratulates the Armed Forces of Pakistan on holding the grand parade. Pakistan Muslims are the day of a separate identity of India, the resolution set the destination of the Muslims of India in Pakistan.

President Arif Ali Alvi said that as a result of Allama Iqbal’s thought and Quaid-e-Azam’s struggle, the dream came true in 7 years. Pakistan today is a nuclear power. Operation Anti-Corruption destroyed the terrorist network, Pakistani forces protected the beloved homeland in every difficulty.

President Arif Alawi further said that the leadership of South Asia should abandon the politics of bigotry, religious extremism, the whole world including Pakistan is concerned over the oppression of Kashmiris, Kashmir will continue to raise its voice in every forum of the world. Establishing lasting peace in South Asia is conditional on a just solution to Occupied Kashmir. The August 5 move is a clear violation of UN resolutions. We have achieved independence in defense capability and will defend our independence at any cost.