We Lebanese will get the parliament we deserve 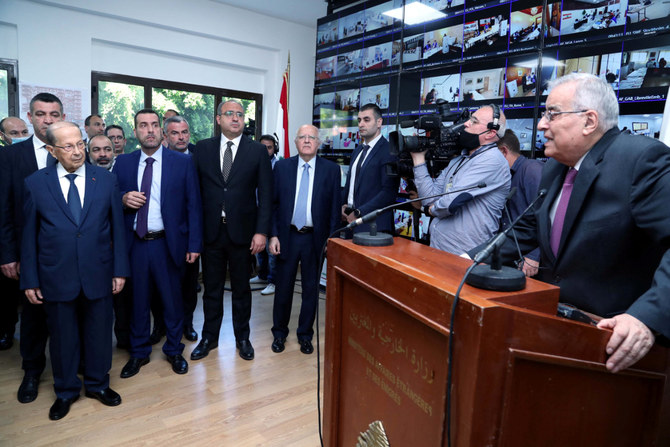 Lebanese citizens are reminded every minute of every day what the political status quo has brought us to: It is in the constant sensation of hunger in everybody’s stomach; the agony of medical conditions for which basic drugs are unavailable; power cuts, chronic shortages, endless queues, institutional meltdown, the endless humiliations. I’ve lost count of requests I have received to send Prozac to a nation plagued by an epidemic of depression.

If Lebanese citizens awaken after the parliamentary election on May 15 to discover we’ve somehow voted back the same traitorous, corrupt factions — or if these leeches and thieves win simply because too few bothered to vote — then it pains me to say it, but perhaps we deserve four more years of starvation, social chaos, and probably civil conflict.

We shouldn’t vote merely because of how bad things are, but because of how much, much worse they could become. Failing to vote decisively for radical change means saying an enthusiastic “Yes” to Armageddon.

Not all Lebanese have the luxury of a choice. In several Hezbollah constituencies we have been treated to the repulsive spectacle of opposition candidates not just publicly withdrawing from the contest in front of journalists, but apologizing for having the temerity to stand in the first place and pledging their undying loyalty to Hassan Nasrallah.

In one single Bekaa III district, three candidates in succession performed this act of personal abasement. We can only imagine the violence, death threats and outright bribery that brought them to this point. Candidates have been physically attacked, with grotesquely specific threats about raping or killing daughters and wives if they don’t withdraw. Nabih Berri’s Amal party beat up activists engaging in public activities. Constituencies throughout Hezbollah-land have the lowest numbers of candidates for depressingly obvious reasons.

What kind of monsters would attack and injure the Baalbek-Hermel candidate, Shiite academic Dr. Hussein Raad, at a ceremony to mark the anniversary of his mother’s death? Raad can reel off a whole series of other violent and threatening incidents targeting him and his family, including one in which heavily armed gunmen surrounded the home he was in and opened fire until he was rescued by the security forces. This is what it takes to challenge Hezbollah in 2022.

The propaganda from preachers such as Mufti Ahmed Qablan is that failure to vote for the “divine lists” of this “Shiite duo” means acting against God’s wishes for humanity. Who can argue with that? Mercifully, several brave Shiite clerics have denounced such shamelessly sacrilegious abuses of religion.

What vile religion is it they think they are following that gives them a license to physically attack opponents, activists and citizens? Is it just wishful thinking, or do these extreme measures reek of panic, as Nasrallah recognizes that the rotten, corrupt, humiliating status quo could be torn down and trampled underfoot before his very eyes?

Nasrallah knows that if the Lebanese nation — Christian, Shiite, Sunni and Druze — unites against him, then Hezbollah is far from invincible. These brutal shows of strength are actually screaming admissions of weakness and vulnerability from these traitorous puppets of Tehran who have labored so tirelessly to deservedly arouse Lebanon’s undying contempt.

With the forces of evil aligning to unleash everything in their arsenals to sabotage credible options and obstruct us from voting, this is an existential moment for securing our survival as a nation.

Everybody who doesn’t desire to embrace a Lebanese apocalypse owes it to their nation to study who the strongest advocates of radical change are in their district, who has a prospect of winning, as well as who might later betray their nation and side with “Hizb-al-Shaitan” — and ensure that everybody they know does the same.

Gebran Bassil, leader of the Free Patriotic Movement, has filed an official complaint against rival parties for exceeding the electoral spending limit. Yet this is a man who has broken all imaginable rules of propriety, including traveling with his own private army – reputedly including security personnel from the presidential guard, courtesy of his father-in-law.

This was possibly required, given the tsunami of hatred and loathing toward him in the country at large, with citizens blocking roads with flaming tires to prevent him visiting their districts. In normal circumstances we would say give the man a chance to be heard, but this is someone who has almost literally done a deal with the devil.

Hearteningly, despite the best efforts of FPM personnel at the foreign ministry to make it prohibitively complicated, early expat voting has been at high levels. This is thanks to organizations such as Kulluna Irada and Impact Lebanon, and businessmen who have generously supported measures to facilitate diaspora engagement and activism. Hezbollah of course accuses them of acting on behalf of foreign embassies and Israel, but such rhetoric has been so overused that who listens any more?

Participating in the vote was an exciting and proud moment for me, and perhaps as a nation this can be a first step to regaining our sense of national pride and self-confidence. Despite immense queues for overseas voting, there has been a particular sense of euphoria among young people. Citizens who never previously took an interest in politics are awake and alert as never before, in part thanks to the galvanizing impact of social media.

Yet activists fear that the overseas vote could be squandered or suppressed back in Lebanon. They are also concerned about the fairness of the vote in districts controlled by particular factions, and that — as happened in Iraq — Tehran will command Hezbollah not to accept the results if it doesn’t win big. There is therefore likely to be an even greater need for civil activism after the elections, to ensure that the popular will is implemented.

With the forces of evil aligning to unleash everything in their arsenals to sabotage credible options and obstruct us from voting, this is an existential moment for securing our survival as a nation.

If we mess it up this time, is there anyone who seriously believes that Lebanon will still exist as a coherent entity in four years’ time to rectify this catastrophic blunder?

Consequently, these are undoubtedly the most important elections in our lifetime. Use your vote with extreme care. Our very lives and futures depend on it. (Courtesy Arab News)