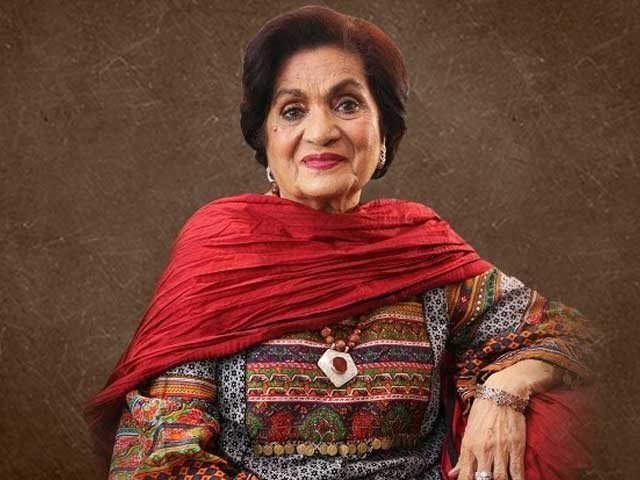 KARACHI: Well known novelist Hasina Moin has passed away at the age of 80.

According to the family, Hasina Moin had been suffering from cancer for a long time. After the funeral prayers of Hasina Moin, Asr prayers will be offered in North Nazimabad Block I.

Prominent Pakistani writer, dialogue writer and playwright Hasina Moin was born on November 20, 1941 in Kanpur, India. Hasina Moin received her early education at home and after the partition of India, her family settled in Rawalpindi. But soon moved to Lahore. She came to Karachi in the 50’s and started writing as a writer based on her God-given talent.
Hasina Moin’s television career began in 1969 when her play “Eid Ka Joda” was acclaimed. He wrote many memorable plays for radio and television in Pakistan and abroad.

Hasina Moin also wrote dialogues for the Indian film “Hina” which was released in 1991 at the behest of Raj Kapoor. Then he wrote a Pakistani film “Kahin Pyaar Na Ho Jaaye”. Earlier, she had written dialogues for the Pakistani film “Nazdikiyaan” and Waheed Murad’s film “Yahan Se Vahan Tak”. He was also awarded the Presidential Award for Excellence by the Government of Pakistan.