In 1939 sociologist Edwin Sutherland was the first person who defined white collar crimes. He said “a crime committed by a person of respectability and high social status in the course of his occupation.” These are the crimes which are committed by businessman and government professionals. The scope of white collar crimes is so wide, bribery, fraud, theft, money laundering, cybercrimes, embezzlement and some other crimes are included in it. No doubt crime of any form is a crime but money laundering is such a crime which halts progress of nation and country. Money laundering is the illegal process of making large amounts of money generated by a criminal activity. Unluckily, in Pakistan this crime was committed by those people who were running government or who were government officials. A chain of people is always involved in this crime so it is not easy for investigating authorities to reach a criminal who is really involved in this crime. In Pakistan this crime has done with proper and solid planning in past. Although NAB (National Accountability Bruere) is working to eradicate money laundering from the country. 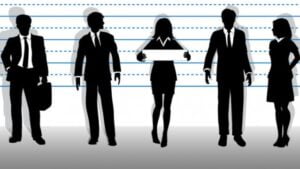 In past this national institution was not as active as it should be but after the formulation of PTI Govt NAB is working so actively under the leadership of Justice (Retired) Javed Iqbal. Throughout the country NAB is taking action against those who are involved in white collar crimes particularly in Money Laundering. Pakistan’s former three rimes Prime Minister Nawaz Sharif, his brother Shahbaz Sharif and their other family members are facing investigation. Similarly, former President Asif Ali Zardari and some leading personalities of his party are also facing NAB and courts. As they are all leading politicians of the country and have ruled for so many years so there is also hue and cry in the country. They are also reacting strongly against NAB and government. Someone may have strong grievances over the investigating method of NAB but it is reality that NAB is able to collect huge money from these heavy weights of the country.  There is a need to work more actively to stop white collar crimes in the country. In past, people who are involved in white collar crimes badly damaged the country but present Government of Pakistan taking action against those who looted the country and shifted money to other bank accounts of the world.