Why Egypt’s hosting of COP27 is particularly apt 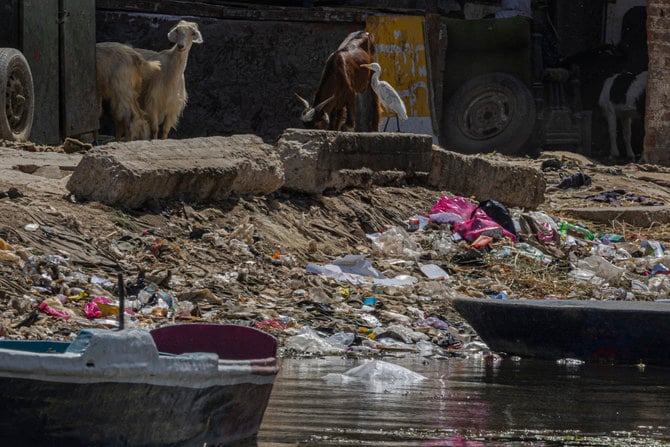 Egypt’s hosting of the COP27 climate change conference was intended to showcase the country as a leader among developing countries, which are seeking compensation for suffering the most adverse effects of climate change despite being the least responsible for greenhouse gas emissions. However, despite the eco-makeover that the beach resort of Sharm El-Sheikh had in the lead-up to the summit, the gathering has not been able to distract attention from Egypt’s worsening environment. As the country warms up at almost double the average global rate, its shrinking green spaces are a grim bellwether for its fading pro-environment international image.

The landmark 2015 Paris Agreement set a warming threshold for the planet of 2 degrees Celsius above pre-industrial levels — a point that Egypt has already met. Much like the rest of the Arab world, Egypt is on the leading edge of the adverse effects of climate change. Scorching summer temperatures have been supplemented by freak autumn and spring heat waves. The heat, however, is not the only effect that Egypt is grappling with, as the Nile Delta and its Mediterranean coastal front are considered vulnerable to shoreline changes due to climate change-related erosion and accretion, subsidence and sea level rise. Increasingly, heavy rains are resulting in flash floods. Coupled with the increased regularity of sandstorms amid wider desertification, it is estimated that, by 2025, the country’s water supply will dip below 500 cubic meters per capita, which is defined as “absolute water scarcity.”

With Egypt’s population expected to almost double by 2050, the stress on Cairo, the capital of a country that is already 95 percent desert, will be immense. The city’s urban center is still growing and new communities are expanding toward its desert boundaries. This process has led to the loss of large areas of agricultural land on the Nile Delta, while increasing traffic congestion, poor air quality and water pollution.

The air quality in Cairo varies between 10 and 100 times more polluted than the acceptable global standards.

Put in context, the World Health Organization recommends a minimum amount of green space of 9 sq. m per individual. Today, 83 percent of Cairo’s population live in districts with an individual share of green space of less than 1.5 sq. m. In areas such as Al-Matariya, the figure is as low as 0.01 sq. m. It is little surprise, therefore, that the air quality in Cairo varies between 10 and 100 times more polluted than the acceptable global standards.

The country’s climatic prospects are also downbeat. Alongside urban development, the Nile — Egypt’s main source of water — is drying up. In the little arable land still available in Egypt’s breadbasket, the fertile delta region north of Cairo, rising seawater is killing crops. So serious is this tendency that official estimates state there will be a reduction in the delta’s agricultural output of as much as 30 percent by the end of the decade.

Tourism will not escape the effects of climate change either. Mounting temperatures and increased rainstorms have meant that Egypt’s ancient sites are already being eroded. In Luxor, the site of the ancient city of Thebes, weather extremes are intensifying the destructive impacts of human development around ancient monuments. So great is the damage that former antiquities minister and leading Egyptologist Zahi Hawass has warned that the sites in the Valley of the Kings will be “gone completely” within a century if they are not protected.

Egypt’s politicians struggling to subsidize 350 million loaves of bread a day, its population struggling to breathe, and its farmers’ crops yielding ever less are all at the center of the effects of climate change. In many respects, Egypt’s hosting of COP27 is apt, as the arid country is today where many other countries will be should climate change be left to continue unchecked. Egypt’s record-breaking heat, drought and floods will only continue if living patterns do not change and the country’s remaining slivers of arable land become the shopping malls and low-cost apartment blocks of tomorrow.(Courtesy Arab News)