Wireless patch that transmits light to the brain 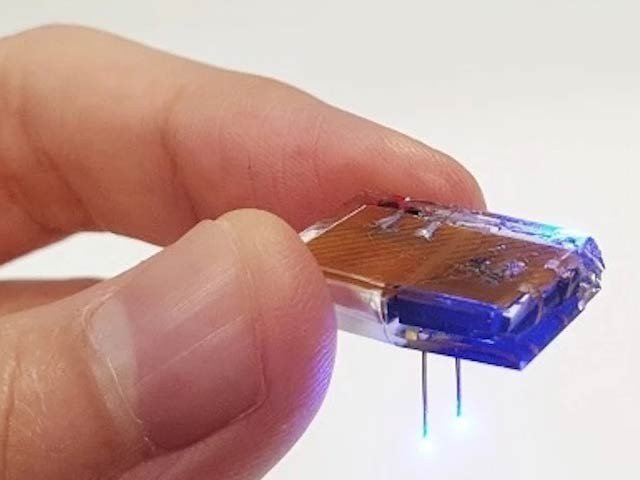 South Korea: An electric patch has been developed to treat a number of diseases by emitting light from a very small LED in the brain, which will be electrically transmitted wirelessly.

Although various types of electrical brain transplants have been developed for epilepsy, Alzheimer’s and other diseases. But the South Korean invention emits light into the brain instead of electricity, and secondly, it does not need a battery because it generates its own electricity via wireless.

Its main function is to light a brain lamp, that is, tiny flashes of light will be put on the brain cells, which will be able to cure many brain diseases. Even before this, many diseases have been treated by shedding light on the light-sensing cells inside the brain.
This implant absorbs energy from the wireless and charges the small battery inside. This eliminates the need for a painful patch and a heavy battery, while improving it can also be used to run gastric pacemakers and brain stimulators.

It was first tested on mice, meaning they were first made addicted to cocaine and then brain-transplanted to get rid of the addiction. On the other hand, the entire implant can be controlled with a smartphone app. It is hoped that this will open up many avenues for brain research and treatment.