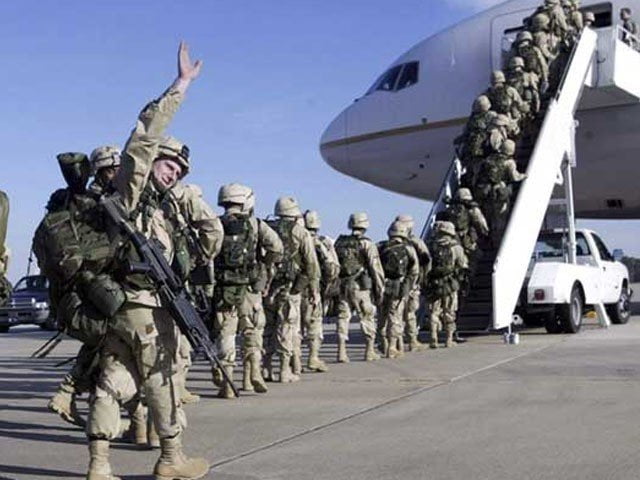 KABUL: NATO forces have begun withdrawing from Afghanistan in compliance with a peace deal reached with the Taliban.

According to the International News Agency, NATO allies had decided to withdraw from Afghanistan in the middle of this month, in compliance with which the withdrawal of foreign troops has now begun.

NATO officials confirmed the withdrawal of Resolute Support Mission forces from Afghanistan and said they would complete the withdrawal in a few months, but declined to give details about troop numbers or withdrawal timelines. ۔
“The first priority is the safe passage of our troops through safe routes to our countries, and we are taking all necessary steps to protect our personnel from harm and will respond fully if the Taliban attack,” NATO officials added.

Earlier, new US President Joe Biden announced that he would withdraw all his troops from Afghanistan by September 11. There are currently 2,500 US troops in Afghanistan.

The deployment of foreign troops in Afghanistan began on October 7, 2001, and on December 20, 2001, with the permission of the United Nations, 43 NATO allies and partners joined the Global Security Assistance Force, and currently nine of the 36 countries in Afghanistan. There are 592 military personnel deployed.

It should be noted that former US President Donald Trump had promised to withdraw all US forces by May 1 after signing a peace agreement with the Taliban, but the new US President has extended this date till September 11.