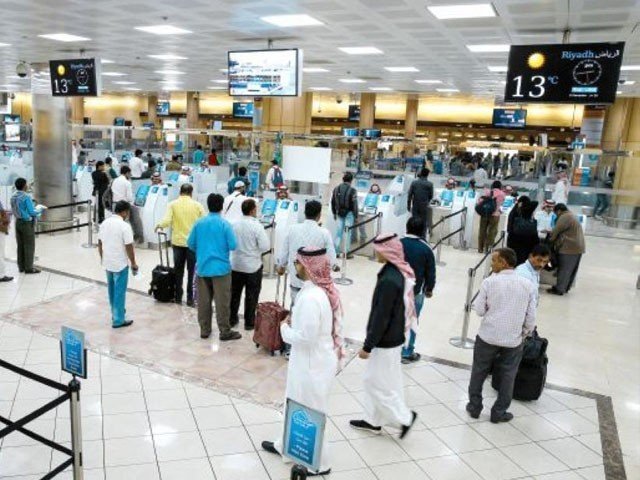 Is the cure to omicron, the new COVID-19 variant currently spooking the world, going to be worse than the disease?
This question is not coming from some COVID-19 conspiracist, an anti-vaxxer or a mask skeptic. I am fully jabbed up and have obeyed all the official rules on anti-coronavirus measures to the letter since the beginning of the pandemic.
But after the events of the past few days, I am beginning to wonder if we have all collectively overreacted to the omicron threat. Immediate flight bans and threats of even more draconian measures seem to be hugely premature.
From the economic indicators, there is a real danger that such knee-jerk reactions risk damaging us more than the disease itself. Global stock markets plunged on the omicron news last week and have looked decidedly shaky since. Crucially for the Middle East, the oil price fell by 10 percent on the day after the new variant was discovered, and at a very awkward time for global energy markets.
Ever since the height of the COVID-19 lockdowns last year, the message has been that the world will never really eradicate the virus, even with the powerful vaccines that were rolled out with impressive speed and which are still being refined and improved. We will instead have to learn to live with it, in much the same way we do with the common cold and influenza.
But cutting off virtually an entire continent — Africa — from the rest of the world is not “learning to live” with it. It is a heartless reaction to the plight of others that risks all our economic livelihoods.
The very first reactions to the arrival of omicron were scarily irresponsible. Eminent scientists (who should have known better) talked about an entirely unproven link with the HIV disease, conjuring all our worst fears.
With hardly any evidence, dire predictions were made about transmissibility, lethality and resistance to existing vaccines. It will be at least another week before virologists will be able to reach any conclusive results about omicron.
Some sense came from Angelique Coetzee, the South African doctor who first identified omicron as a COVID-19 variant, who spoke of “very, very mild symptoms,” like fatigue and headaches, in the sufferers she had treated. None had been hospitalized and all were being treated at home, she said. That does not seem enough to risk bombing the global economic recovery.
Instead of contemplating what further restrictions to put in place, maybe policymakers should convene a task force to take urgent actions on the two main reasons omicron has surfaced: Resistance to vaccination in many parts of the world and lack of access to vaccines in the developing world, especially Africa.
Governments have been incredibly tolerant to the anti-vaxxers, but I sense that the exasperation is rising. There have been increasingly tough mandates in the US, for example, and the Europeans have also brought in a series of measures to dissuade the conspiracists from their stupidity, Austria being the most notable with its quarantine on unvaccinated people.
I personally like the French method, whereby anti-vaxxers can indulge their fantasies but at the cost of a daily PCR test if they want to leave their homes at all. A daily financial penalty will probably change quite a few stubborn minds.

Cutting off virtually an entire continent — Africa — is a heartless reaction to the plight of others that risks all our economic livelihoods.

There is one measure Western governments can take that would make a significant and immediate difference: End vaccination poverty now.
It seems incredible that, nearly two years into the pandemic and with more than 5 million people dead (a conservative estimate), the vaccination rollout appears to have ground to a halt. American and European governments seem more concerned about protecting the profits of their pharmaceutical companies than saving lives in Africa or Asia.
At least the Americans have attempted to waive patents on their vaccines, but have encountered opposition from the bureaucratic Europeans to any change in the existing patent rules. Meanwhile, members of the EU continue to stockpile vaccines rather than send them to Africa and elsewhere. The logic is unfathomable.
In the omicron response, we have to be cautious, of course. But the reaction so far has shown that we have learned little over the past two years and are doomed to repeat the same mistakes over and over again. (Courtesy Arab News)