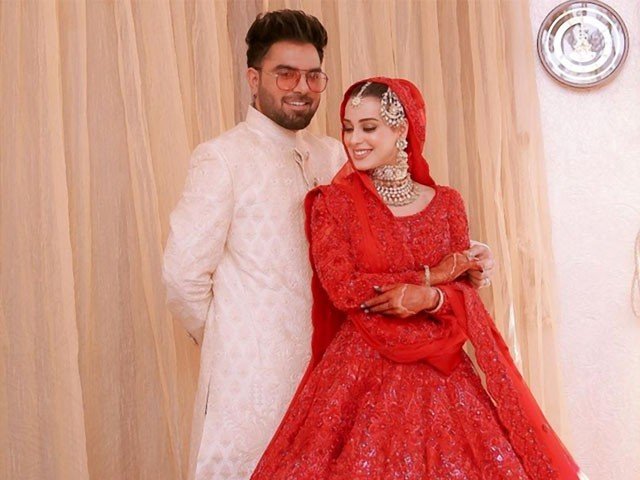 Yasir Hussain recently appeared on a private channel show where the show’s host Wasi Chaudhry asked him interesting questions, one of which was about his marriage.

Wasi Chaudhry asked Yasir Hussain that there was a lot of discussion on social media about his and Iqra’s wedding and the way the pictures were coming out, it seemed that you had invited only certain people. Yasir replied that he had thought that he would invite only those whom he was friends with and those who lived in Karachi.

Yasir Hussain said that the guest list consisted of 170 people but 200. More than a dozen guests arrived due to our wedding invitation which went viral on social media. There were some people who came by force without invitation, one of whom was Nausheen shah and some other artists besides him who were not so popular. Yasir Hussain laughed and said that more than us in our marriage. There are pictures of Nausheen shah. At the same time, he changed the subject to say that Nausheen shah is a great artist and does a good job. Personally, I am very impressed with her style.