you were not like Modi, Trump: Amna Ilyas on PM Imran Khan’s views over rape 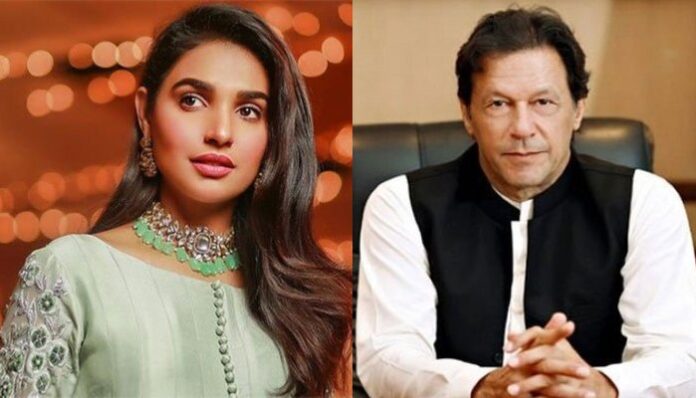 Pakistani actress and model Amna Ilyas expressed her hurt over Prime Minister Imran Khan’s views on vulgarity being the cause of increasing rape cases in the country.

The premier had come under fire after he linked “fahashi,” or vulgarity, with the concerning rise in cases of sexual violence, including rape.

His comments came during a session wherein he was taking calls from the public when a citizen had asked what the PTI government planned to do in the light of rising incidents of sexual violence, especially against children.

Taking to Instagram, 33-year-old put the premier on blast and called him out for his “insensitive” statements.

“Please explain to cows, dogs, dolphins, cats and children about how they should not be vulgar,” she said.

“If you had focused even 50% on the law then there would have definitely been some major change.”

She drew parallels with Indian Prime Minister Narendra Modi and former US president Donal Trump, who are known for their harsh ways.

“I thought you were not insensitive like Modi or Trump that’s why I voted for you.”

“When will you realise how damaging your statements are?”

The model then prompted the premier to take back his statements.

“You like to retract your statements so please I request that you take back this statement otherwise, at least for me, from this day till my last you are not my prime minister.”

The video echoed the sentiments of other celebrities including actresses Ayesha Omar and Aiman Khan.