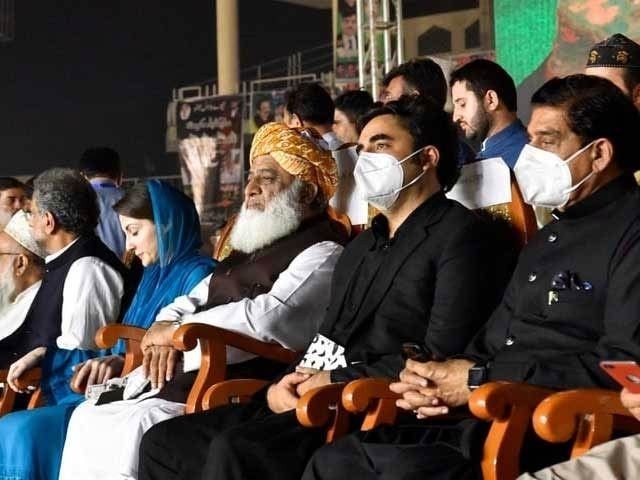 According to details, the PDM has mobilized for the victory in the Senate elections. Apart from members of other parties in the National Assembly, meetings between them have intensified. In this regard, PPP Chairman Bilawal Bhutto Zardari reached his residence from Maulana Fazlur Rehman. He was accompanied by Yousuf Raza Gilani and Farhatullah Babar. The strategy for the Senate elections was discussed during the meeting.

Sources said that the meeting discussed seat adjustment in the Senate elections, and a strategy for the success of PDM candidate Yousuf Raza Gilani from Islamabad, while preparations for the long march were discussed in the meeting. Reviewed